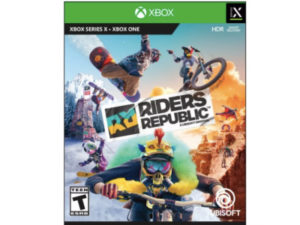 Do you have an extreme sports fan on your Christmas list? Head to Target and grab Riders Republic for Xbox One for just $29.99 (Reg. $60)!

This multi-player game is perfect for adventure loving gamers.